BC Politics with Hubert Beyer

Hubert Beyer was widely known as one of Canada's most read columnists. His columns were published regularly in most BC Community Newspapers, and his perspective sought on the Federal level as well as by NORAD in the US, Beyer lived up to his reputation as the "Fairest of them All." 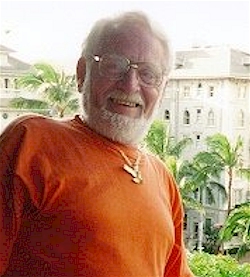 Born in a small village in West Germany, Beyer immigrated to Canada in his 20's where he married and had 4 children.

A German Language publication in Winnipeg was Beyer's first foray into writing in Canada, it was soon followed with work at the Winnipeg Free Press as a Reporter covering many different beats.

In the 70's Beyer moved to Victoria BC, where he covered Capital City affairs followed by Provincial affairs for the Victoria Daily Colonist, which later merged with another daily to become the Times - Colonist. It was in the 80's that Beyer left the paper to become a Legislative Journalist for hire. Beyer's coverage gave small papers of the Province the advantage of provincial coverage. without having to assign a reporter on location.

Beyer was a lover of Canada, Christmas and Family, and while most articles pertain to politics and policy, you'll find the odd gem about all three. We suggest you prepare yourself, Beyer's ability to draw emotion is as powerful as his ability to reason.

Particularly proud of his Tech Savvy, Beyer was the first journalist at the Legislative Press Gallery to sport a computer. He had a full compliment of accessories, including acoustic couplers (the very first run of modems) with which he submitted stories to any paper that knew how to receive them electronically. Later on he took great pride in his ability to do his job from anywhere. Even Hawaii now and then.

This archive of articles allow the reader to gain a unique perspective on BC Politics from WAC to Campbell, with thousands of columns to draw from. Find out more about how you can use this site here.